Records show that the land on which this Landmark stands was first purchased by John P. Hayes in 1839 when the town was called Mentor and included 160 acres. On January 13, 1840 the town’s name was changed to New Berlin. The farm was subsequently owned by William P. Clark of Prairieville, in the County of Milwaukee (which originally included Waukesha County), in the Territory of Wisconsin. In 1841 the land was sold to Morris D. Cutler, founder of the City of Waukesha, and also a resident of Prairieville. He had arrived in the area in 1834 and was the first permanent white settler in the area. He owned a large part of Waukesha, and became fairly wealthy through land sales, living in Waukesha until his death in 1896. 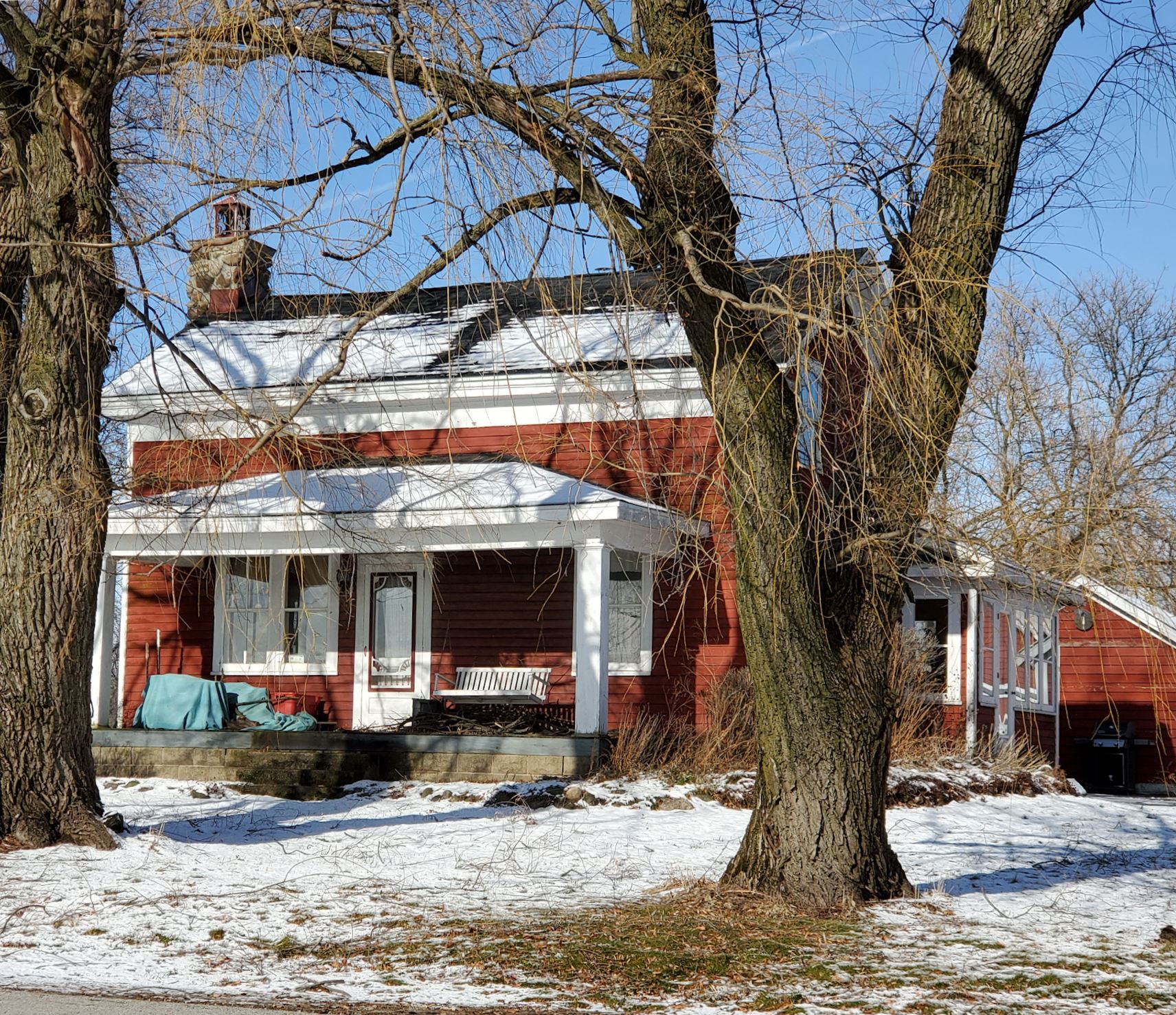 Deeded records show that the property was sold by Morris D. Cutler to Henry Bornheimer on November 29, 1844 with retention of timber rights on the land through April 14, 1846, after which time if the timber had not been removed, the rights to remove it would be rescinded. Henry Bornheimer had come to New Berlin in 1844 from Hesse-Darmstadt (Germany), aged 34 years old. Prior to his death in 1866 of typhoid fever, Henry Bornheimer sold the farm to Phillip Stahl, possibly a relative of his wife, since her maiden name was Stahl. Before 1870 the farm was purchased by Heinrich (Henry) Ulrich. The 1870 census shows that Henry Ulrich was 50 years old, having been born in Brandenburg, Germany. Baptismal records of the family’s children are found in source records of the German Evangelical Reformed Church of New Berlin.

Ultimately the Kern family, descendants of German immigrants Lorenz and Kathrina (Weiﬀenbach) Kern (who had arrived in New Berlin in 1843), became the longest owners of the property, beginning after the 1870’s. The Kern family is credited with building and improving the farmstead along with many of its outbuildings. The home and surrounding buildings have been well maintained and are very representative of a well-preserved example of a 19th- century Midwestern farmstead. Over three generations of Kern families lived on this property, with family members serving in local government roles in New Berlin such as supervisor, town treasurer, and the school board. The Kern family was an integral part of the Coﬀee Street Historic District, with many activities revolving around the Little Grove School, the German Evangelical Protestant and Reformed Churches, and Cornfalfa Farms. Many Kern descendants still remain in the New Berlin area today. The current owner purchased the property in the early 1980’s and has maintained it as a working farm, with horses and farm stand sales of local produce including jams and jellies. The buildings, including the wood framed farm house, are painted red with white trim, well-maintained, and reflect the visual aspect of what a farmstead in the 1800’s - 1900’s in rural Wisconsin would have looked like.

As such, it is unique with New Berlin Landmarks since the entire farmstead is the Landmark. 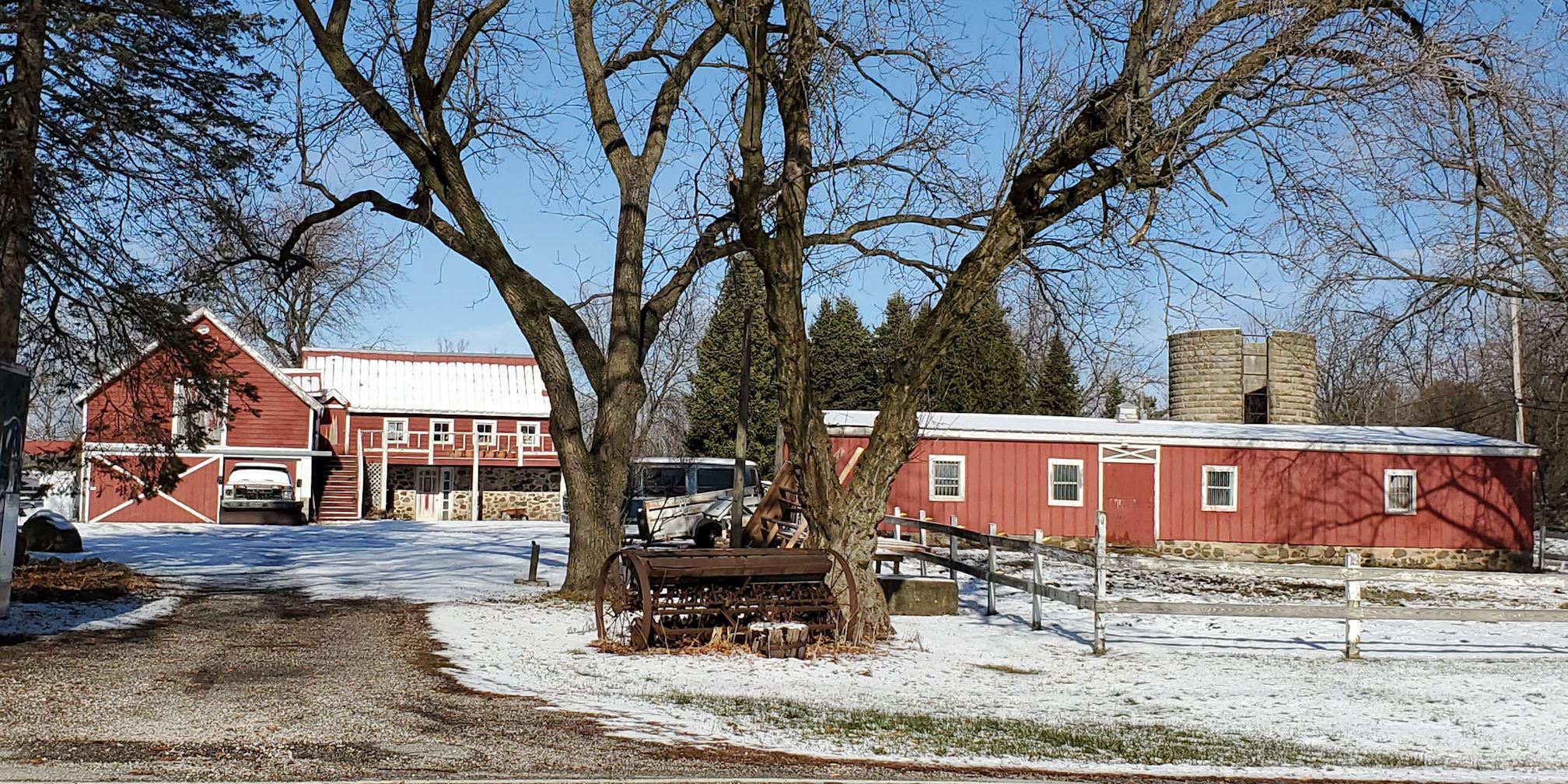